Towards a Nontheist View of Discernment

What is discernment for you? A recent piece in The Friend (by Neil Morgan, 9 August issue) titled ‘How nontheists view discernment is giving me a headache’, argues that without the sense of revelation from God, and sense of connection with God, discernment loses its distinctive Quaker quality. So what are nontheists doing? Are they just ‘listening empathically’ to each other? The piece ends with the plea, ‘Could Rhiannon [Grant] or someone from the NFN please explain to me what they are doing when they are discerning – or at least what they think they are doing?’ (This was in a review of Rhiannon’s book Telling the Truth about God. Rhiannon reminds us that she does not self-identify as a nontheist but is a friend of nontheists.) In response, we asked our members to share their views on how nontheists view discernment for publication in this newsletter, identifying writers only by initials. Here are some responses (so far…)

The Nontheist Friends Network is my spiritual home. Born in 1935 I have always been a sceptic about God. My mother was a Grammar-school science teacher, my father a pillar of the Welsh Calvinist Methodist Church.

When, as a young child, I asked my mother where God was, she said ‘Oh – up there somewhere’, to which I responded – ‘He cannot be thick, or else he would fall down’. I have never been a ‘believer’ in God or been able to ascribe any significant meaning to the word. My ambitious father sent me to a Quaker boarding-school, simply because he could not find a private Methodist school that he liked.

I went to university, and became Secretary of the Cambridge Humanist Society, under the chairmanship of E M Forster. I regard the world’s religions as among the greatest artistic creations of mankind. I realize that millions have found inspiration in their images of Deity, but I cannot share them. For me, religions resemble great symphonies, inspiring works of sculpture or painting, wise sayings – and they are part of my world, but not supernatural.

And yet I loved my Quaker school and its diverse, cosmopolitan, community. I loved Reading Meeting, which we attended every fortnight. I came to love Quaker ways, and Quaker values. Later, in my sixties and an Attender at Swansea Meeting, I was accepted as a Member, and became a Friend. I came home. [RWE]

I am surprised that Rhiannon Grant’s book gives Neil Morgan a headache. Nontheists have a heart and an awareness of all the rich sensitivities of the human spirit, communicated for instance by poetry, art and music. They also share the characteristic human sense of empathy and compassion towards the feelings of others. They bring all these senses to bear on matters that require discernment – senses that some would call spiritual. [GGS]

I find a quiet place and I think. Not exactly rocket science. I may do this during MfW too. Occasionally I may do some research and read things that may relate to a concern, or I speak to people. This process may take some time, depending on the concern, or it may just be listening to points of view at a meeting for worship for business to compose a minute. Either way it just requires some head space and a time of thought without the intervention of a God figure. I often come to a revelation all on my own. [AK]

I’m listening to what Friends have to say with an open mind and an awareness of my own possible prejudices, being prepared to make up my mind or change my mind according to what I hear. I weigh it all up, using my experience and intelligence, think about ‘what love requires of me’ and I speak my views if I feel it would be helpful. If a decision goes a way I’m not happy with, I accept that this is what Friends wanted and try to accept it with good grace,

I’m certainly not waiting for any kind of divine guidance. [LE]

My late husband called Quaker processes ‘the jewel in the Crown.’ As Assistant then Clerk of my Meeting, I found discernment to be a bright facet of the jewel.

It is hard work, to put oneself aside and listen – really listen to what each Friend says. Then to keep that so important space between each contribution is vital as we begin to ‘take on board’ the many aspects of the item under consideration. This will lead to a moment when the Clerk feels it is right to attempt a minute. The Clerk then needs to be upheld by the quiet, loving support of those present as he or she tries to put into words the sense of the Meeting.

The minute first proposed can then be worked on, if need be, until Friends feel it to be a true reflection of the discernment process that has just taken place. This has been achieved by a group of Friends having mutual respect, care and love for each other and for the furtherance of Quakerism. [AR]

I see discernment as a way of improving the quality of discussion and of eventual decision- making as compared with more common ways of handling group discussions such as committees and voting.

The very fact of meetings (of any kind) implies universal recognition of ‘collective intelligence’ alongside individual points of view. My own experience has left me in no doubt that (a) the outcome of meetings can be influenced by the mood of the meeting and (b) that the mood can be managed. Such management can take the form of, for example, the style of the chair, the meeting conventions and practical aspects such as timing, papers circulated, accommodation and so on.

Quakers have developed a particular style of discussing business matters that is harmonious with Quaker values and therefore, on the whole, observed. The discipline of waiting to be called by the clerk to speak, of avoiding engagement with others who have spoken, of speaking respectfully, of a readiness to be persuaded and of careful recording of the discernments of the meeting by the clerk all lead to a productive interaction between individual views and the collective intelligence which, to me, is the essence of discernment.

So I understand Neil Morgan’s use of the words revelation and connection but I see them applying to the relationship between individual views and collective intelligence rather than to God. [GH]

I have never ever thought that discernment was only possible with a belief in God!
This would mean that only ‘religious’ people could do any good – which is obviously not true.

For me, Quakers are a constant reminder that the fundamental tenets of Quakerism – peace, equality, sustainability, justice and truth – are what we need to keep in mind on a daily basis and that is what the community of Quakers gives me. [MW]

Discernment does not lose its distinctive Quaker quality because one is a non-theist. In meeting I try to think good thoughts and how I can do better with my life – it tempers the bad stuff in the world. I do not sit there worrying about whether it is God, or simply my conscience bringing these thoughts out. But it does. For me Quakers is about what you do, not whether you believe in God or not. [EW]

Neil Morgan (9 August) asks how nontheists regard Quaker discernment, assuming that they necessarily cut ‘God’ out of the equation. I am a member of the Network who does actually believe in God. But what I believe in is not the existence of God but the presence of God, and for me that difference is vital.

For as long as I can remember I have been constantly aware of a presence that is ‘closer than breathing’, very personal, yet not entirely part of myself. It has always been with me, more or less out of eyeshot, and its presence means that I never feel lonely or alone. Not only that, but I also feel that it both guards and guides me. Whatever it may be is reliable and comforting. I call it ‘God’ because I grew up with the word and still find meaningful and useful. But it’s a name, not a definition. I ‘believe in’ it in the etymological sense of credo = cor do (Latin: ‘I give my heart’). I also share in the presence of God corporately, mostly in meeting for worship.

I feel that to speak of God as ‘existing’ is to categorise God as part of the universe, bound by space and time, whereas the presence of God is not an objective reality but a subjective human experience. People may claim they don’t see God as a bearded old man in the sky, yet many still speak as if they do. If God ‘exists’ anywhere, it is in the human heart, not ‘out there’. A literal belief in the externally ‘real’ existence of God seems dangerous and demeaning. The NFN provides me with a respectful and non judgmental forum enabling me to explore my theology more thoroughly than in most other areas of Quaker life. I may not like the word ‘nontheist’, but I treat it as a name, not a definition. After all, I don’t define myself by reference to my own name.

Thus I can understand Quaker discernment as joining with others in listening to and acting on the leadings of God, and as an occasional clerk and elder for many years can attest to its efficacy. [DP]

IF.. You would like to respond to this discussion, or comment further, please email David Parlett, or Comment (‘Leave a reply’) here below. (Initials or name required. Your email address will not be published).

14 thoughts on “Towards a Nontheist View of Discernment” 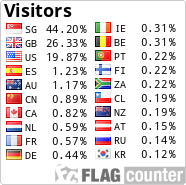